Should your company be concerned about data protection? Recent data tell us that 7 out of 10 businesses are not prepared to respond to a cyber-attack and while the global average cost of a data breach in 2018 was $3.6 million, this cost is destined to grow every year. In this event Brendan McDonald, Head of Financial Lines Underwriting explains what you can do to protect your business from cybercrime.

Regulations are catching up, in particular with reference to the protection of personal data. Contrary to many other EU laws and regulations, the General Data Protection Regulation (GDPR), in force since 25 May 2018, has extra-territorial effects and, in certain circumstances, affects non-EU countries.

Davide De Rosa, Partners of international law firm Gianni Origoni Grippo Cappelli & Partners, will provide a general overview on what Hong Kong businesses can do to ensure that they are compliant.

But how easy is it for a hacker to steal your company's data?

Fabrizio Rosina from 7Cento HK will guide you through a live hacking scenario, where we will show how hackers find vulnerabilities, access the victim's computer and take control of its most sensitive data in only a handful of minutes.

Connect with 25 people attending this event 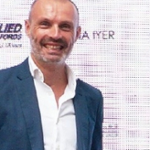 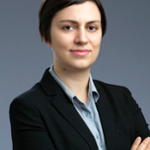 If you have any questions please contact Giorgia Grassia