Webinar: In Conversation with Edward Yau

Mr Yau will provide an update on the business outlook for the upcoming year, the challenges and opportunities in the context of the pandemic and will then be interviewed by the Chairman of The British Chamber of Commerce in Hong Kong, Peter Burnett OBE, on topical issues impacting Hong Kong. 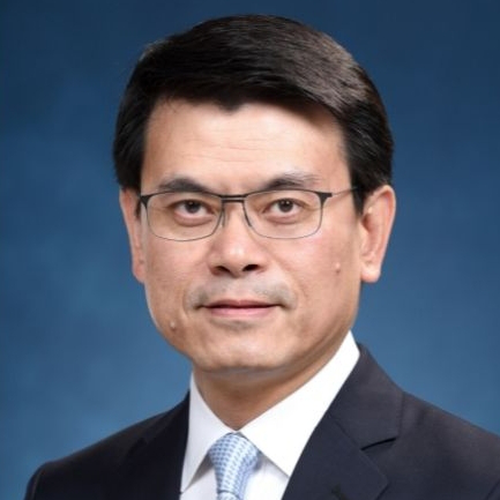 Secretary for Commerce and Economic Development at HKSAR Government

Mr Yau assumed the post of the Secretary for Commerce and Economic Development on July 1, 2017. His portfolio covers policy areas from trade, commerce to telecommunications and broadcasting, and from promotion of creative industries, intellectual property and consumer protection to boosting inward investment and tourism development.

Mr Yau has his full career in the public service. Before taking up the current post, Mr Yau was the Director of the Chief Executive's Office from 2012 to 2017, assisting the Chief Executive in formulating policies and setting policy goals and priorities. He was the Secretary for the Environment from 2007 to 2012, overseeing policies on environmental protection, energy, nature conservation and sustainable development. Mr Yau started his civil service career as an Administrative Officer in 1981. During his long service as a civil servant, he held various positions, including Director of Information Services, Deputy Secretary for Education and Manpower, Deputy Director-General of Trade and Industry as well as Director-General of the Hong Kong Economic and Trade Office in Washington, DC, USA.

The American Chamber of Commerce in Hong Kong

The British Chamber of Commerce in Hong Kong